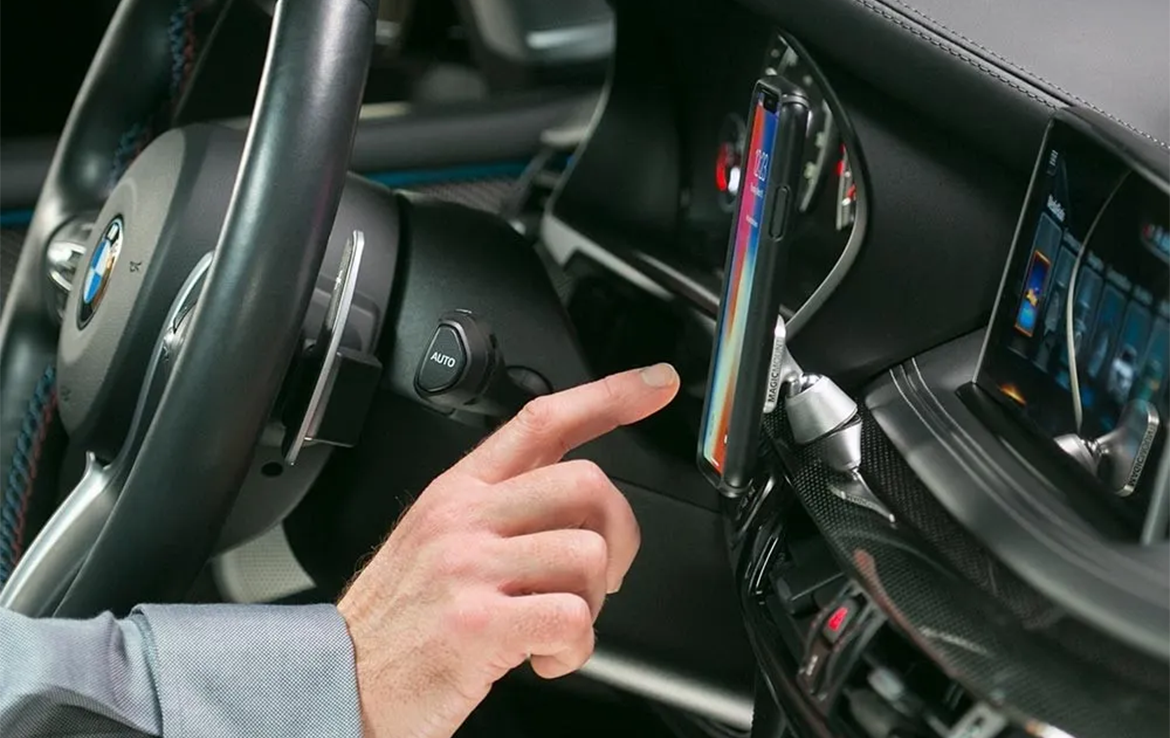 We’ve all been taught to keep magnets away from electronic devices. And yet, we still come across magnet-related accessories to secure our phones, tablets, earbuds and more. And one of these phone accessories — the magnetic phone mount — can be rather convenient. But does it cause harm and what’s the real verdict? Are magnetic phone mounts safe? We’re here to set the story straight and offer the truth.

Guess What? Phones Already Have Magnets

Back in the day, magnets were thought to create GPS errors, warped screens and cause disappearing files. But is this really the case? Let’s explain some basic things about your phone. First off, they already have magnets built inside. The more modern and improved neodymium magnet, to be exact. The speaker, camera and vibration module all work with magnets. Wireless charging devices even have magnets to ensure they stay aligned to the charging dock.

This isn’t to say your phone can never be affected by a magnet, but it would take a super-powerful magnetic field to do so. In other words, there’s really nothing to worry about. The parts of a phone that could be most affected — the speaker, screen, GPS module, compass and cell signal — would need a super-strong magnet. Most magnets you come across, even strong ones, have no effect whatsoever.

Over the years, we’ve been led to believe that getting a magnet near electronics and our phones could have harmful consequences, ruining the device. However, that’s simply no longer the case. Here is a list of the most common magnet myths — debunked!

The Screen and Display

If you swipe a magnet over an old electronic device or even press the screen with your finger, you will see a wave of colors. However, the key word here is “old,” meaning they had a screen that was more susceptible to magnetic interference (like a CRT screen). Today, the screens of our phones, laptops and more are created with IPS LCD, AMOLED and OLED. In other words, magnets do not affect these electronic devices like they used to.

Worried that a magnet might delete some important files? Don’t be! Phones now use solid-state flash memory, not the former spinning hard drives they once did. So your photos, emails and contacts are completely and utterly safe.

Worried about a magnetic phone mount draining your battery? Phones rely on Lithium-ion batteries, which take a chemical reaction to charge. So while it may seem like the battery is being drained, it’s actually due to the navigation system and GPS being used simultaneously, which drains a lot of energy in itself.

Okay, so now that we have debunked some magnet-related myths, let’s talk about the real possibilities.

While your phone’s screen, battery and memory storage are perfectly safe when held against a magnet, there is an ever-so-slight possibility the compass could misalign. And what uses the compass? GPS apps, Google Maps and other orientation apps, like games, rely on compass readings. So, if the compass was ever damaged, these apps would be challenging to use, to say the least.

The phone’s compass is a magnetic sensor based on a physical phenomenon called the Hall Effect. Affected by the earth’s magnetic field current flow, the location and movement can change the phone’s sensors to see where north truly is. The electronic compass is affected by nearby magnetic fields, but a magnetic phone mount should never cause damage. This is primarily because, like mentioned before, it simply isn’t strong enough. To change the compass, you would need a comically-sized horseshoe magnet. However, a magnet strong enough could interfere with your compass’s readings.

Are you looking for phone mounts? The best magnetic phone mounts that are both secure and safe are made with — you guessed it! — neodymium magnets. If this type of magnet is strong and safe enough to use inside a phone, you can best believe it’s perfectly safe to use outside of it. Check out Scosche’s award-winning and #1 brand MagicMount™ for securing your phones and other electronic items securely and safely.

Need a non-magnetic, universal phone holder that’s safe for all kinds of devices? We have those too. Secure your phone to your car, bike, motorcycle or even an off-road ATV/UTV vehicle.